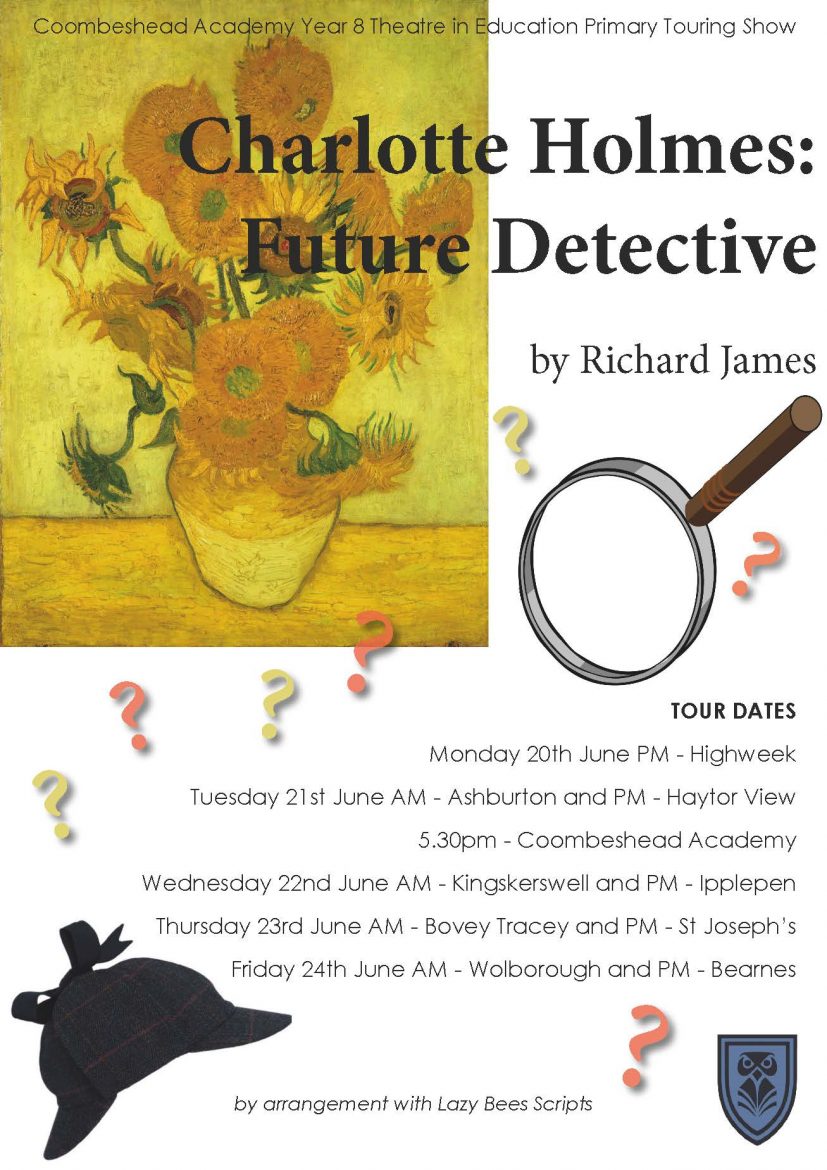 Charlotte Holmes: Future Detective is set in the 23rd Century where we meet Charlotte, a budding detective eager to solve the case of Van Gogh’s missing Sunflowers portrait with the help of her new Robot assistance, Watson. However, there is a twist in the plot and Charlotte ends up discovering the truth, which is far closer to home than she thought it might.

The students enjoyed playing the range of characters from Detectives to a Robot. ‘I played the role of Charlotte in the show Charlotte Holmes – Future Detective. I highly appreciated the opportunity to be one of the main roles and enjoyed the team effort put into rehearsals, in order to make this production the best it can be! This has definitely been a highlight of my time here at Coombeshead.’ Kate Sampson.

I played Head Guard in “Charlotte Homes Future Detective.” The part I loved most during this experience of the touring show was how all the cast worked as a team to produce an amazing show for all the primary schools. Its 100% a highlight of my year. Ruby Waitman.

I played the role of Watson the Robot in the show ‘Charlotte Holmes- Future Detective.’

I have enjoyed every second of the time we have been rehearsing and performing the show, but my favourite parts are seeing the children’s reactions and hearing their contributions when we visit their schools and I have also loved wearing my amazing and one-of-a-kind costume!! Eva Carus

The Year 8 Coombeshead students have been extremely committed, bringing enthusiasm and energy to the making a very successful performance. They produced a very polished performance, which was of an excellent standard and one of which they should be very proud!