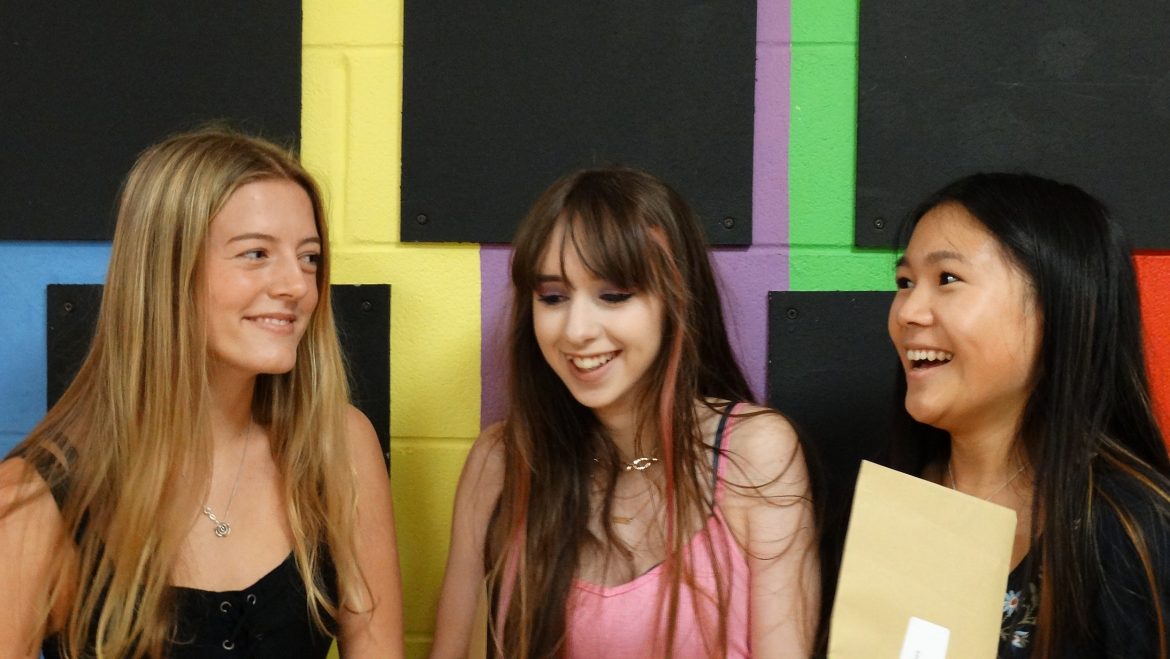 Students and staff at Kingsbridge Community College achieved a bumper harvest of GCSE results, putting them among the top performing schools in the country. Over three-quarters achieved a pass in the core measure of gaining both English and Maths. Nearly two-thirds gained a good pass in both subjects, which means they scored grade 5 or above.

The government has been making GCSE exams harder, so the performances of high-flying individuals are even more impressive. Five students achieved 5 or more at grade 9, which is designed to be even harder than the previous top grade of A*. Ruari McColl was the top attaining student with an amazing 10 grade 9 passes. Isobel Jager gained 9 at this top level, George Alexander gained 7, Isla Mortimer 6, and George Bright 5.

Progress is also a key government measure. Once the full national figures are known, Kingsbridge’s scores will be well-above national average, placing them among the highest achieving schools in the country.

Deputy Principal Sarah Stead, who is responsible for the curriculum, expressed her delight. “I know how hard students and staff have worked, so I am thrilled to see so many students achieving well-above the national average. Students whose attainment on entry to the college was in the low and middle categories made even better progress than the high attainers. As a comprehensive school, we are proud of students achieving right across the ability range.”

Roger Pope, Executive of Education South West, said, “Following last week’s A level results which were significantly outperforming national average, these GCSE results can give the whole community confidence in the excellence of KCC. We are currently awaiting the outcome of a bid to become one of only nine super-teaching school hubs in the country. Under the leadership of new Principal Tina Graham, Kingsbridge is on course to travel from strength to even greater strength in the future. My congratulations to all the staff and students.”