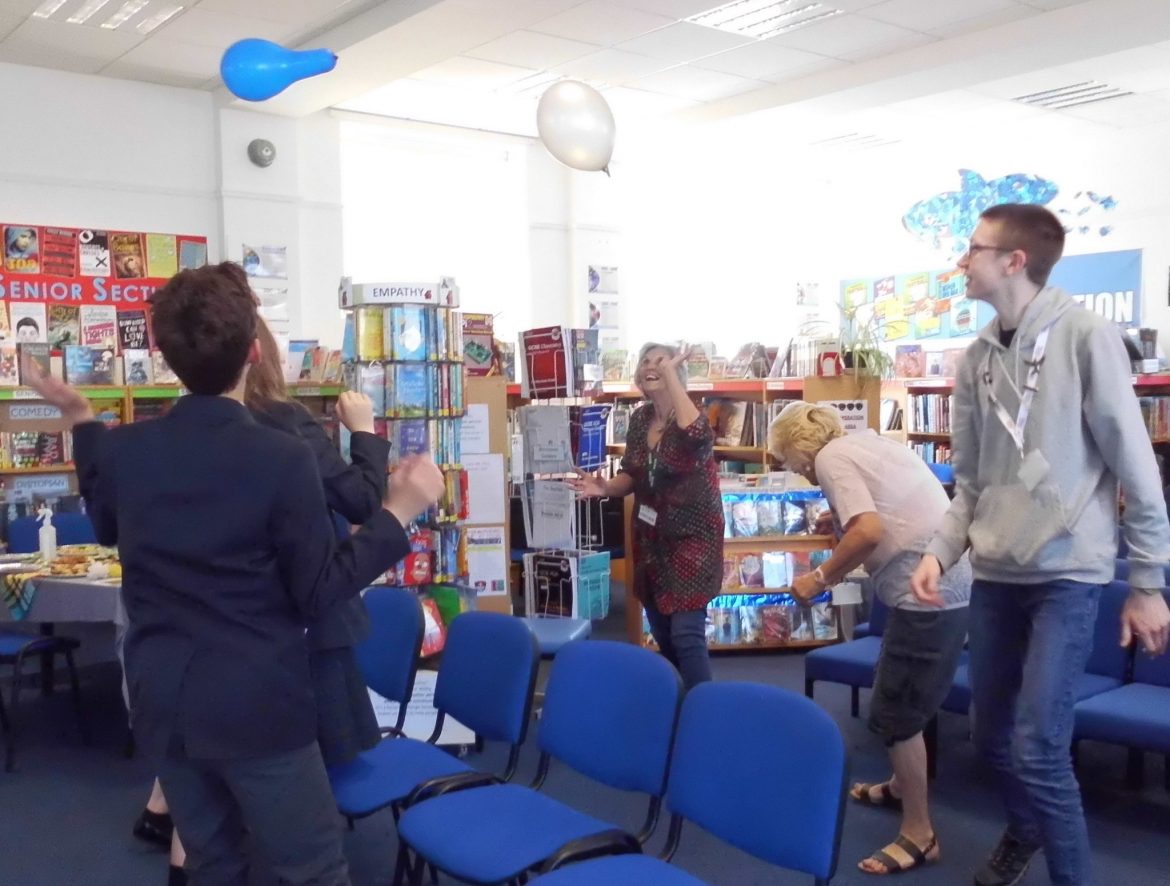 Last week, Mrs Halse arranged a party for 30 or so students who have regularly helped or attended clubs in the library this year. Our Community Readers were also invited to say thanks for their voluntary work supporting our students with their reading. Traditional games were played such as ‘Pass the Parcel’ and ‘Charades’ as well as the library favourite ‘Find the sweets among the book shelves’! We may have also invented a new event, ‘Library Volleyball’ played with balloons over the library chairs! After playing games the students tucked in to a bring and share buffet. There wasn’t much left at the end!

Guest of Honour was Kanye in Year 11 who is leaving school this year and has served as a Student Librarian since 2017.

Thanks to all students who have helped out in the library in 2021-22; we look forward to seeing you again next year (alongside 210 new faces).