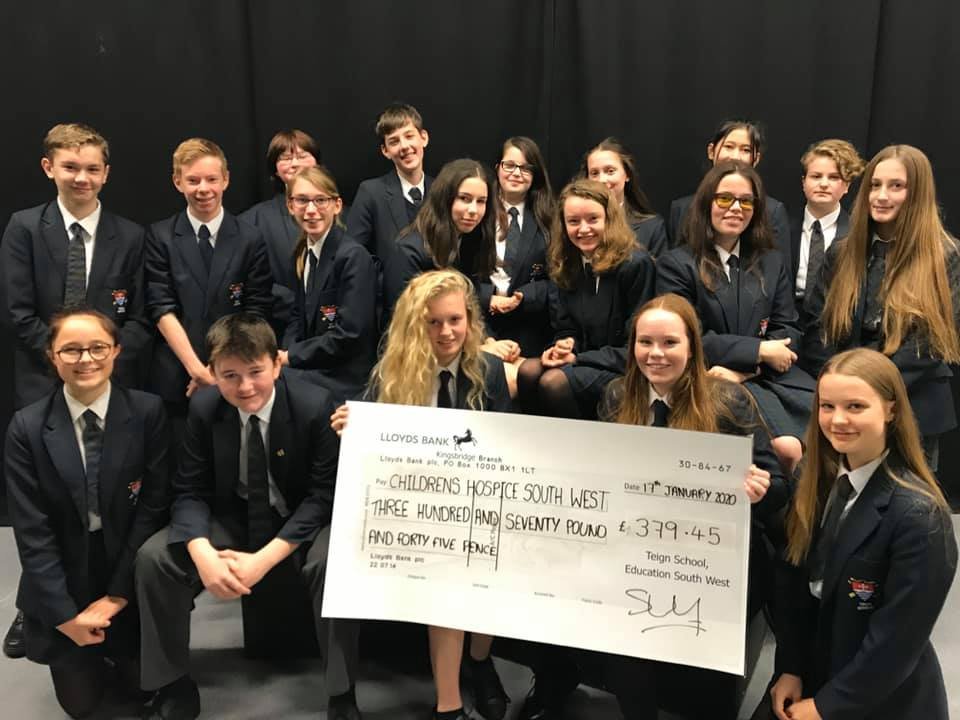 Teign School students across all year groups contributed to a night showcasing high quality art, photography, musical theatre, drama and rock music. This event took place in the school’s theatre to raise money (as donations) for ‘Children’s Hospice South West’. The charity, which operates three hospices in the South West, provides care for children with life-limiting conditions and their families. Their support includes respite and short breaks as well as emergency, palliative and end of life care.

“The idea to put on a Musical Theatre Charity Show Case for the Hospice came from a Year 10 student called Ruby”, said Performing Arts Team Leader, Fay Churchill. “The staff team that put this together were very proud of the students who worked hard both on stage and behind the scenes”.

Mrs Churchill would once again like to thank you all students and staff involved.